Ethical aspects of this research were assessed by Ethics Committee of Clinical Center University of Sarajevo. Blood samples for DNA extraction were taken from the total of 86 patients and healthy individuals who previously signed informed consent. Genotyping for rs 1064395 was done using direct sequencing method. A case-control analysis of common genetic polymorphism within neurocan gene and schizophrenia status in a consecutively sampled patient cohort have been done using Fisher-exact test with odds-ratio calculation. No statistically significant allele and genotype association with disease status was found (p>0.05).

Our finding supports the fact that large-scale genetic association studies approach need to be employed when detecting the variants with small additive effect in phenotypes with complex ethiology. 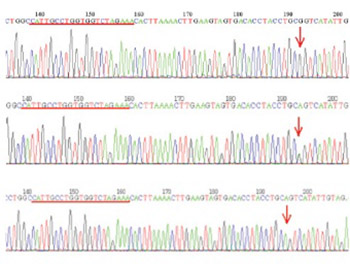