Prevalence of 1691G>A FV mutation in Poland compared with that in other Central, Eastern and South-Eastern European countries 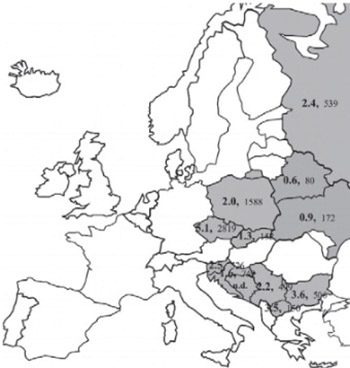