Effects of Functional Electrical Stimulation in Rehabilitation with Hemiparesis Patients

Cerebrovascular accident is a focal neurological deficiency occurring suddenly and lasting for more than 24 hours. The purpose of our work is to determine the role of the functional electrical simulation (FES) in the rehabilitation of patients with hemiparesis, which occurred as a consequence of a cerebrovascular accident. This study includes the analysis of two groups of 40 patients with hemiparesis (20 patients with deep hemiparesis and 20 patients with light hemi- paresis), a control group which was only treated with kinesiotherapy and a tested group which was treated with kinesiotherapy and functional electrical stimulation. Both groups of patients were analyzed in respect to their sex and age. Additional analysis of the walking function was completed in accordance with the BI and RAP index. The analysis of the basic demographical data demonstrated that there is no significant difference between the control and tested group. The patients of both groups are equal in respect of age and sex. After 4 weeks of rehabilitation of patients with deep and light hemiparesis there were no statistically significant differences between the groups after evaluation by the BI index. However, a statistically significant difference was noted between the groups by the RAP index among patients with deep hemiparesis. After 8 weeks of rehabilitation the group of patients who were treated with kinesiotherapy and functional electrical stimulation showed better statistically significant results of rehabilitation in respect to the control group with both the BI index and the RAP index (p<0,001). 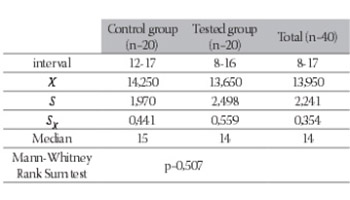