Femoro-Popliteal Bypass Above Knee with Saphenous Vein vs Synthetic Graft 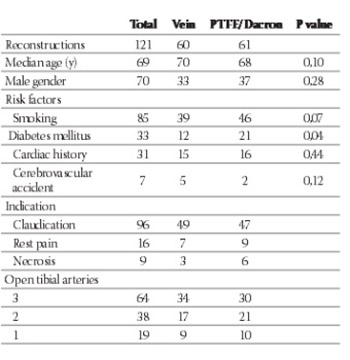