The aim of this study was to analyze cognitive dysfunction in PTSD. The testing included 79 Bosnian Army veterans, who participated in Bosnian war from 1992 to 1995. Out of 79 tested war veterans, 45 of developed PTSD while 34 did not. The veterans without PTSD where included in the control group. All the war veterans were of the same education level (secondary education) and between 30 and 50 years of age. Rivermead Behavioral Memory Test - RBMT was applied to all the subjects. The test was originally developed for the purpose of everyday memory problems identification. Clear goal of the 10 RBMT subtests is simulation of everyday life situations. PTSD group achieved significantly lower results than the control group. Results of the total score showed highly significant difference between PTSD and control group. Value of the t-test is t=10,056 with significance level of p<0,001. The same conclusion stands for any RBMT subtest. Numerous psychological studies on PTSD patients show more prominent psychological deficit in war veterans. Our study clearly confirms that finding. 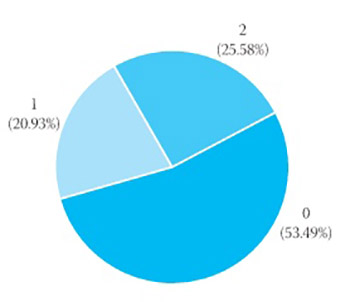