Cloning-dilemmas-third-millennium-where to go in the future?

“We think that science has already explained all when explained movement of the Moon around the Earth. But the real world is not universe like a simple pendulum clock.”

Jim York, a physicist from the University of Maryland who coined the name “chaos”

We are assured that the field of “Human Cloning” comprise the most crucial scientific questions of present time. It seems that all exaltation of its progress and fascinating results have vanished while being replaced with the cogitative concern that Immanuel Kant expressed in three fundamental questions:

What can I know?

What should I do?

What may I hope?

While considering all these questions famous philosopher thought about any human being.

Today, these queries consideration is based on the experience of illuminator “ingress” in all that exist, as well as in the human being itself. Experience of the “illumination” triumph seduces science beyond its achievements and freedoms. We would say that science wants even beyond its real wants. Nowadays, global scientific impact appears as general opinions correlated to the universe of technological utilisation, professionalism in knowledge and biological science influence on the behavioural inducements.

The basic thinking principles established by modern science are inseparable from the statements of philosopher Descartes: “World of mind and world of body are separated as individual substances that exist separately without any needful co-existence”. In that way, a new authoritative scientific relation towards the world has been created, out of which, the field of values “Heavens are devoid of the glory of God” (A.N. Whitehead, “Science and the modern world”) has been completely excluded or eliminated.

It is obvious that the crucial postulations of nature are created throughout gathering of the sufficient data and simplification of the numerous correlative causes and consequences in other to elucidate “the anarchy of systems” and accomplish the exact predictions of their attitudes. Amazing technological progress in 20th century made many people believe that some day science would find out all ignorance of nature and improve the control over it. According to that assumption, the attitude of very complex dynamic systems would finally conform to the scientific formulations and calculations.

A fascinating thoughtful help of chaosologists, particularly in their theory of fractals that revealed an apprehension of the reality as made from worlds within self-similar worlds i.e. worlds within dimensions, is necessary for the proper quantification of defect associated with the progress in knowledge of life. That knowledge has been previously neglected to the simple scientific facts and responsibilities (especially in medicine) that naturally appear from inside when life is recognised as a holistic system. 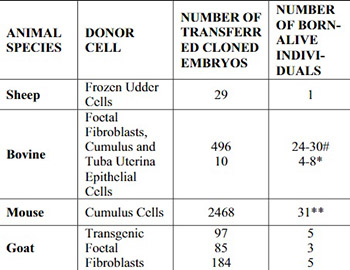