Mitochondrial medicine - a key to solve pathophysiology of 21 century diseases 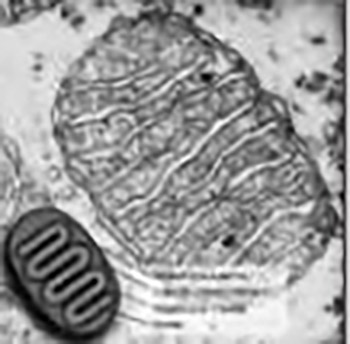 It is interesting to note that the first cell organelle ever to be linked to a human disease was a mitochondrion. In 1962, Luft and his co-workers presented evidence of mitochondrial dysfunction in one patient -a 27-years old woman with the highest oxygen consumption ever recorded. She had a hypermetabolic state, structurally abnormal mitochondria and abnormalities in oxidative phosphorylation. Involvement of the thyroid gland was excluded. This rare disorder is known as Luft’s diseases.

Almost eight years had passed before a few other patients were reported with aberrations of mitochondrial function, although with quite different symptoms. In the meantime, a specific mitochondrial DNA was discovered in 1964. Nothing happened until 1988 when a new revolution in mitochondrial pathophysiology came onto scene, according to the report of an association of different sporadic encephalomyopathies with large deletions of mtDNA. This group of diseases -genetic mitochondrial disorders due to mutations in mtDNA and dysfunction in electron transport — have expanded dramatically during previous 13 years. This small mtDNA has become a Pandora’s box of pathogenic mutation (1). Now, there are more than 100 different pathogenic mtDNA pointed mutations and 200 mtDNA deletions and insertions linked to the different human diseases (2). In addition, several lines of evidence have suggested that mitochondrial dysfunctions may play a role in the ageing process, as well as in some of the most common age-related disorders e.g. heart failure, some neurodegenerative diseases and diabetes mellitus (3).

Mitochondria are cytoplasmic organelles with double-membrane and they are responsible for cellular energy production. Adenosine triphosphate (ATP) is produced in mitochondria in metabolic process known as oxidative phosphorylation (OXPHOS). OXPHOS carries out by five respiratory chain complexes located within the mito-chondrial inner membrane. This chain is a line of protein complexes that combines electron with oxygen to generate potential energy in the form of ATP. A numerous proteins of respiratory chain are encoded by two genetic systems -nuclear DNA and mitochondrial DNA. Mitochondrial DNA (mtDNA) is 16.569-nucleotide pair, double stranded circular chromosome located in mito-chondrial matrix (4).

Genetic characteristics of mtDNA are:

For the further information highly recommended web pages are: Table 1 presents some of disorders that can be caused by the mutations of mitochondrial DNA. Nuclear mutations or other processes that disrupt mitochondrial function can also cause these medical conditions. (6)

All of these problems start when something goes wrong in mitochondria. Some of them are direct result of the interruption in energy supply, while others may develop as a consequence to secondary build-up of toxic by-products.

Mitochondria play a central role in regulation of the programmed cell death -apoptosis. These organelles can trigger cell death in many ways -by disruption of the electron transport and energy metabolism or by the activation of proteins that mediate process. This mechanism may be an explanation of how mitochondria and their functions contribute to the pathogenesis of human diseases. During the last 13 years we have witnessed the enormous growth of mitochondrial medicine. New investigative techniques have continuously been adopted. Mitochondrial DNA mutations have been successfully linked to diseases and disorders affecting virtually every system of the human body. Many linkages have been discovered recently, suggesting that in the future even more diseases may be linked to the mitochondria. If mitochondria are the root for even more diseases, further researches of mtDNA could hold the answers to the origin of many diseases that plague XX and XXI centuries.