Having in mind the fact that cerebrovascular disease (CVB) takes today in medicine, in spite of diagnostic and therapeutic modernisation, the third place of mortality causes in the world (behind cordial and malignant diseases, but in front of depressions), and the second place of invalidity cause (right after trauma) as well as the second place of dementia cause (after Alzheimer disease), it urges primary prophylaxis. Developing countries, but before all countries of East and Middle Europe, where is our country, are highly risked areas where CV disease has trend of incidence and total frequency increase. In the neighbouring Croatia today CV disease is at the first place of mortality causes. In the world today 5 million people annually suffer CV disease, in Europe about 700.000, but frequency of suffering on Balkan is about 5 prom. Age of CV disease effecting unfortunately moved towards young age, and today 49% of effected by CV disease are of 46 to 59 years of age. Early detection and treatment of risk factors (before hypertension, smoking, diabetes mellitus, hyperlipidaemia, stress and physical non-activities) are the first aspect of CV disease prophylaxis. Together with this aspect of primary prophylaxis is early detection of complications of mentioned risk factors on the walls of blood vessels, before all changing in sense of arteriosclerosis, with consequence of disorder of cerebral haemodynamics. With that objective - verification of circulator and total haemodynamic disorders, there is obvious disclose of non-invasive diagnostic methods, and one of them is Transcranial Doppler Sonography(TCD). TCD is method comfortable for patient, reliable and rather precise, dynamic, and can be repeated several times, without side effects and in comparison with others rather cheap. 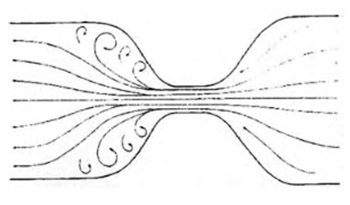 Transcranial Doppler Sonography is non-invasive diagnostic method, which ensures insight into the status of circulation of intra cranial part of posterior — VB basin as well as intra cranial, ending part of front — carotid basin and their anastomosis on the brain basis, which is Willis circle. Method is based on application of Doppler effect or principle, which consists of application or shift of received frequencies between two bodies in move. When those two bodies are drawing closer received frequency increase and when drawing away received frequency decrease. (This knowledge Doppler published in his work named “About coloured light of double stars and some other sky’s bodies”).

As source of the waves serves piezo electric crystal, which oscillate and emit ultrasound wave of known frequency, which is directed through probe of apparatus to blood vessel, but before all to red corpuscles, which flow by certain velocity, reflects from them as well as from blood vessel wall.

On the basis of change of frequency emitted and reflected ultrasound wave is calculated velocity of blood flow, which serves as indicator of blood vessel status.

The above mentioned abbreviations show the following values:

a = angle between probe and blood vessel

Blood velocity flow is proportional with Doppler shift and it is calculated as per the following formula:

Frequency value is calculated in hertz (Hz), and blood flow velocity in m or cm / sec.

Results are presented in measure units for velocity, as proposed Doppler Committee for Nomenclature of American Echocardiography Society 1986.

Velocity of ultrasound in blood depends of temperature, content of proteins and haematocrit value. Flow can be calculated only by application of pulsating wave, which provides precise estimation of the spot at which the observation is concentrated with responding angle between probe and blood vessel.

It is known that through middle part of blood vessel flow, red corpuscles, erythrocytes, and towards sides (i.e. wall of vessel) are moving thrombocytes and other cell’s elements.

This is normal — laminar blood flow in blood vessel, but in case of stenosis of the vessel, since as vessel is more narrow velocity is higher and considering physics principles that through narrow space the same quantity of blood has to pass within unit of time, that flow of blood after stenosis passing over into turbulent flow, which is sign of pathologic state.

In 1955 Laksell found out, during echo encephalo-graphic X ray, that ultrasound can intrude through scull and brain structure of different density and velocity of conductivity, when one may establish lesion. However, problem was how and which ultrasound frequency can achieve such

Norway physiologist and cybernetic Rune Aaslid resolved that problem, which could not be bridged over at that time, by construction of probe of 2MHz. Until that time investigation of intra cranial circulation by ultrasound was possible with children up to one year of age, whose large fontanel is not closed or during intra neurological intra surgery, because scull bonds were large obstacles and cause weakening of ultrasound waves. When probe of 2MHz is placed on the thinnest part of temporal bond it is achieved direct insight into state of intra cranial circulation.

Doppler diagnostic today applies two kinds of ultrasound waves: Doppler with continuing Doppler provides ultrasound wave, which constantly emits from piezo — electric crystal, placed in the same probe where is a receiver of reflected waves (i.e. returned ultrasound waves), but pulsated ultrasound wave provides crystal with purpose to emit and receive reflected waves, and emission is from time to time. Ultrasound is directed to the certain depth (different from continuing), goes through tissue (average velocity is 1540 m/sec), it returns, suffers weakening (attenuation), which is as rule 10 decibels per centimetre of tissue depth (always double because of two ways of shift). It is considered that ultrasound travels 13 milliseconds per centimetre of depth.

The above abbreviations show the following values:

A = Maximum velocity of flow in systole

Vertebral arteries are difficult to access because of its anatomic localisation, starting from palpation, auscultation, as well as testing on Doppler principle. Apart from that they are in bone channel subject to often asymmetry and anomaly at the very beginning.

Transcranial Doppler Sonography — TCD, became very important non-invasive method for testing of intra cranial circulation; it is different from angiographies, which is invasive method used only in some cases, mostly in pre-surgery state.

TCD method gives the information on state of intra cranial circulation in real time, which provides following up of fast changes of brain bloodstream in intervals less thana minute and testing can be repeated numberless times. This method is much cheaper in comparison with others, with special importance in economic sense.

Diagnostic areas of TCD are as follows:

Doppler signals can be registered intra cranial only at the places where bound of the scull are very thin and provide passing of UZ waves, called bound windows. “Lighting” of the scull provides disclosing of the windows on temporal bound, side part of front bound, on orbit, orbital roof and in the area of occipital bound. Size of the window varies from person to person. The most often, in younger persons, is possible to achieve rather good signal from relatively large area, but in older persons sometimes is very difficult to achieve it because of hyper ossification of bounds. That happens more often in females. (5, 6, 11)

Temporal windows are used usually for testing of circulation of branches of Willis circle, orbital for search of art. ophthalmia and sub-occipital for vertebral and basilar arteries.

Every blood vessel, when tested, has certain rules, such as: through which window is the easiest to verify it, at which usual depth, and when defined ones, it is necessary to recognise its spectrum, determine direction of flow, whether towards probe or from the probe and at the end its mean, i.e. average velocity of blood flow

In the process of identification of blood vessels, in particular in intra cranial part, it is important to determine segment of individual blood vessel.

Having in mind that Doppler shift of frequency is proportional with cosine of angle between probe and blood vessel, as angle is smaller the mistakes are less and irrelevant.

Through temporal window are disclosed the easiest arteries of Willis circle as follows: MCA, ACA, PCA, as well as SC, AcoA and PcoA, but VA and BA are disclosed through sub-occipital or transforamental window. Testing can be performed in sitting position (most often) or position of lying on the stomach. Method is comfortable for patient, without side effects, and it is enough if patient co-operates during testing, to be quite and do not talk. In order to improve the contact with blood vessel is used cream, which is applied, in thin layer on the spot.

Average value in respect of time (time — mean velocity) has better correlation with values of perfusion than maximum and other values. Following literature, reference value for adults are blood flow velocity in cm/sec as per Aaslid. (7, 11)

Table 1 shows: depth of insonation, direction of blood flow and value of SBSK for arteries of Willis circle and VB basin.

In the most cases value of average blood flow velocity has higher value in carotid than in VB basin.

During testing was observed the following: normal (laminar) flow — Picture 4a, weakened flow — picture 4b, and flow of high frequency — picture 4c.

Weakened flow is present when received ultrasound wave is deafened by red corpuscles, because of some reasons. Spectrum is entirely of lower maximum velocity with expressed peripheral resistance, but without necessarily disturbed flow. Typical weakened flow appears with calcificated blood vessel (Picture 4-b)

High frequency is noticed when lesion or process, which caused it, reaches critical point and creates clear haemo-dynamic disturbance of circulation. Lesion is critical when reduce inside diameter of blood vessel lumen and create increased pressure down the narrowed part (picture 4-c) (11, 12, 13, 14).