The 2019 measles epidemic in Bosnia and Herzegovina: What is wrong with the mandatory vaccination program?

Measles is a highly contagious and communicable viral disease which may be prevented by a sustained vaccination program. Due to missed vaccination, two major epidemics of measles (1997–1999 and 2014–2015) have been recorded after the war in Bosnia and Herzegovina (BH) with over 10,000 patients registered. According to the World Health Organization, BH is categorized as a country with endemic transmission of measles. The last measles epidemic was between 2014 and 2015, with 5,083 documented patients in the Federation of BH. In the first four months of 2019, more than 700 measles cases were registered in the same region. Significant transmission rate has been observed in Sarajevo Canton (SC) with 570 documented measles cases. Out of 570 measles cases in SC, 92.5% were unvaccinated. The most affected were children up to 6 years of age (62.8%), with one documented case of death (7-month old infant). In addition to this report, we discussed key stakeholders and possible circumstances responsible for the epidemic. The measles epidemic is still ongoing. 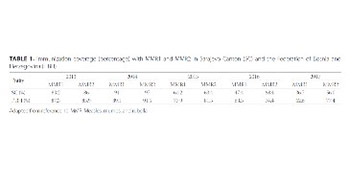 Over the past 25 years, we have been witnessing that the population of Bosnia and Herzegovina (BH) is undergoing various political and socioeconomic crises. Despite such problems, the health insurance system in BH fully covers the basic needs of the pediatric population. One of the crucial public health measures is a mandatory vaccination program against 10 infectious diseases, the program that has been ongoing since the time of former Yugoslavia.

Measles is a highly contagious and communicable viral disease for which it is estimated that 90% of susceptible people will acquire disease after the exposure. The disease has a high clinical importance because its course can be quite severe and with serious complications. The mortality rate of measles is estimated to be 1–2/1000 cases, and around 60% of the affected may present as a severe disease requiring hospitalization. However, measles is almost entirely preventable by vaccination, and the disease can even be eliminated from a population with the vaccine coverage of 93% to 95% [1,2].

Due to the missed vaccination program after the war in BH, two major epidemics of measles have been recorded with over 10,000 patients registered. The first epidemic was in the period between 1997 and 1999 and with 6,748 patients, while the second was between 2014 and 2015 and with 5,084 patients registered [4]. Of note is that the mortality rate during these two epidemics was not estimated. BH, which consists of the two entities the Federation of BH and the Republic of Srpska, has been classified as a country with endemic transmission of measles, according to the World Health Organization (WHO) [5]. Afterward, Musa et al. comprehensively analyzed the increase of measles-susceptible children due to the missed vaccination in recent years [3,4]. The study revealed that the coverage of mandatory vaccination program has been continuously dropping below 90% in the past 4 years, increasing the probability of a high number of unvaccinated children with a primary measles infection (Table 1).

Among the Member States of the WHO, European countries had more than 80,000 measles cases documented in 2018, including 72 deaths in 10 out of 53 countries [2,6]. The highest number of deaths was reported in Romania (22 deaths), Ukraine (15 deaths), Serbia (14 deaths), and Italy (7 deaths) [6]. Based on a WHO report, all countries of the WHO European Region altogether reported 34,383 measles cases in the first 3 months of 2019, compared with 8,449 cases reported for the same period in 2018 [7]. This revealed an urgent issue – an epidemic outbreak imitating measles epidemic in Europe from the pre-vaccine era, which significantly affects the Global Vaccine Action Plan (GVAP) to eliminate measles by 2020, endorsed by the WHO Assembly [6,8].

Our preliminary report is in accordance with the previous reports on the measles epidemic in BH from 2014 to 2015, emphasizing the vaccination program as a crucial measure to prevent measles in BH. In the period between 2014 and 2015, Jahić et al. retrospectively analyzed 341 hospitalized patients in Tuzla Canton, stressing that 74.7% (255/341) of patients belonged to the pediatric age group (18 and under), and almost 60% of them were children up to 6 years of age [11]. Similar results were observed by Čalkić et al. and Hukić et al. [12,13]. Both studies pointed out that more than 90% of patients were unvaccinated, incompletely vaccinated, or had no history data about vaccination. Since we do not know the reasons for hospitalization or types of complications in those patients with measles, we were not able to analyze the risk factors for hospitalization.

Having in mind all these facts, there are many open and unanswered questions, such as: Why have we brought ourselves to this difficult situation? Are we on the verge of experiencing problems for which we were sure we left them behind? Should we blame parents or should we seek the culprit in our own ranks?

As with all important matters, the answers to these questions are complex.

The law is very clear on this matter – in our country, vaccination is mandatory and penalties are precisely defined for those who do not obey the law. Still, those penalties are just a sporadic event and nobody really bears the responsibility for these omissions. In our opinion, unfortunately, the first ones to blame might be the healthcare workers. There have been few studies concerning this problem, and they all concluded that the subjective opinions of healthcare providers directly affect their patients and shape patient attitude toward vaccination [14,15]. There is no doubt that healthcare workers who are not vaccinated present a huge risk for their patients and, in this hierarchy, physicians are the most responsible. It is clear that much more needs to be done concerning education of healthcare workers; the equation is then simple – educated and well-informed healthcare providers mean educated and well-informed patients.

In this era of technological advances, it is easy to get information about anything, but this also leaves space for obtaining unverified or fake data. All this has given the momentum to campaigns against the vaccination, which inevitably increases the skepticism among people and especially among parents. There has always been a certain amount of distrust of vaccines, but today we are witnessing a fast progression and acceleration of such movements. The key event, which happened 20 years ago, was probably Andrew Wakefield’s paper published in the Lancet, in which the author falsely associated vaccination with autism. Although the paper has been retracted as fraudulent, it has done an enormous harm to the public health, like no other thing in the past 100 years [16]. Since then, there have been numerous scientific reports, studies, and meta-analyses that included millions of children and which found no credible evidence on the association between vaccination and autism [16,17]. Nevertheless, the problem seems to grow bigger escalating in the form of measles epidemic outbreak in many parts of the world.

As we stated earlier, socioeconomic and political situation in Bosnia and Herzegovina is difficult and problematic. In addition to the disobedience to the law about mandatory vaccination, the major problem underlying the latest measles outbreak in our country is the lack of well-coordinated efforts that would highlight the importance of vaccination and vaccine coverage. It should have been an imperative for governmental and public health institutions to guide a campaign for the vaccination, to make the vaccination a political issue, to talk about it as often as possible, to improve the surveillance of vaccination process, and to make easy the access to the vaccination status of individuals. Instead, the hesitation in enforcing the law was publicly understood as government’s lack of support to the vaccination process.

Although it is important to address the issue of anti-vaccination movements, by doing this we might actually give those people more space and credibility then we want or are supposed to. In general, most reports stated that the number of people who are against vaccination is 3–7% [18]. Our overzealous need to address anti-vaccination propaganda rob us of time we could have spent adjusting and fixing the system. However, we have to admit one thing – anti-vaccination activists shook the system hard enough so that the existing cracks just became more visible. Are these cracks reflected in the deaths of innocent children and nobody is to blame?

It remains unclear whether we have used effectively the legal system and mandatory vaccination program. Future public health investigations on this topic should clarify what exactly hindered the vaccination program in the Federation of BH.