The aim of our study was to determine, using histological and stereological methods, whether photoperiodism has any impact on the effects that chronic (three-month long) exposure to LF-EMF (50Hz) has on morphological characteristics on rat's pineal gland. The experiment was performed on 48 Mill Hill male rats (24 experimental and 24 control). Upon birth, 24 rats were exposed for 7h a day, 5 days a week for 3 months to LF-EMF (50 Hz, 50-500microT, 10V/m). In the winter (short days, long nights), the activity of the pineal gland and neuroendocrine sensitivity is increased. The study was performed both during summer and winter, following the identical protocol. After sacrifice of animals, samples of pineal gland were processed for HE staining and then were analyzed using the methods of stereology. The most significant changes in epiphysis in the first group of animals in wintertime are: altered glandular feature, hyperemia, reduced pinealocytes with pale pink, poor cytoplasm and irregular, stick-form nuclei. In the second group (II) pinealocytes are enlarged, with vacuolated cytoplasm and hyper chromatic, enlarged nucleus. Morphological changes of pineal gland at rats in the summertime were not as intense as in the winter and finding of the gland in the group II is compatible with those from the control group. Stereological results show both in winter and summer in the first group the decrease of volume density of pinealocytes, their cytoplasm and nuclei and in the second group in winter increase the volume density of pinealocytes, cytoplasm and nuclei, while in the second group the results in summertime are equal to those from the control group. Photoperiodism is modifier of effect of LF-EMF on morphological structure of pineal gland, because the gland recovery is incomplete in winter and reversible in summer. 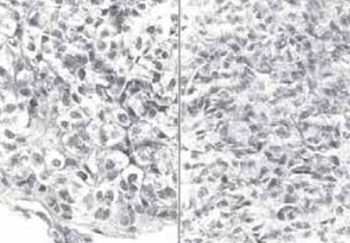