Excipients are generally considered inert additives included in drug formulation to help in the manufacturing, administration or absorption. Other reasons for inclusion concern product differentiation, appearance enhancement or retention of quality. Excipients can initiate, propagate or participate in chemical or physical interactions with an active substance, possibly leading to compromised quality or performance of the medication. Understanding the chemical and physical nature of excipients, the impurities or residues associated with them and how they may interact with other materials, or with each other, forewarns the pharmaceutical technologist of possibilities for undesirable developments. 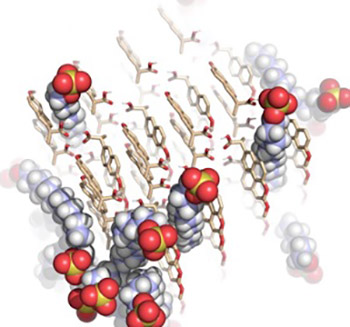 Excipients are generally considered inert additives included in drag formulation to help in the manufacturing, administration or absorption. Other reasons for inclusion concern product differentiation, appearance enhancement or retention of quality. Excipients can initiate, propagate or participate in chemical or physical interactions with an active substance, possibly leading to compromised quality or performance of the medication. Incompatibilities in pharmaceutical products are undesired physical, chemical or biopharmaceutical processes which take place during preparation, storage or ādminis-tration resulting in decomposition of drags and a failure to improve the patient’s condition. Incompatibilities may take place in a manner of drug-drug interactions or dragadditive and additive-additive interactions. Chemical interaction can lead to degradation of the active ingredient, thereby reducing the amount available for therapeutic effect; reaction products may compromise safety or tolerance. Physical interactions can affect rate of dissolution, uniformity of dose or ease of administration.

Pharmaceutical substances, in general, have structural features that interact with receptors or facilitate metabolic handling. These inevitably confer some degree of lability, making them vulnerable to decomposition.

So, the most common factors involving decomposition are:

Hydrolysis is one of the most frequently encountered type of chemical reaction responsible for drag decomposition processes. The following types of compounds undergo hydrolytic degradation, usually at different rates, esters, amides, lactams, lactose, imines, nitriles, ureides, halides, thio-halides, thio-esters. Hydrolytic decomposition can be avoided or slowed down by using an insoluble form of drugs. In addition, stability of drag solution can be increased by the use of suitable buffers.

Oxidative decomposition of drag products may cause many changes in the products such as drug degradation and discoloration. Some important factors accelerating oxidation are temperature, oxygen concentration and heavy metal ions. Several compounds, particularly aide-hydes, phenols, alkenes, alkynes, sugars, can undergo oxidative decomposition. Oxidation may be retarded by using antioxidants or nitrogen gas atmosphere during filling procedures.

Light can cause photochemical decomposition of drags. Reactions such as oxidation, reduction, ring alteration and polymerization can be catalysed or accelerated by exposure to sunlight or arjpgicial light. Energy absorption is greater at lower wavelengths and, as many drags absorb ultraviolet light, degradation by low-wavelength radiation is common. Exposure to light almost invariably leads to discoloration even when chemical transformation is modest, or even undetectable. Photolysis may be retarded by the use of amber glass or light-resistant containers.

Intermolecular reactions can lead to dimeric and higher molecular weight species (1). Degradation may reflect vulnerability to environmental stresses such as heat, humidity, light or drug-drug interactions. Degradation may also be facilitated or promoted by excipients possessing the requisite functional groups for interaction, or containing residues that catalyse/participate in degradation processes. If excipients are also susceptible to change, this provides additional possibilities for the generation of species that participate in breakdown processes.

Isomerization involves conversion of a chemical into its optical or geometric isomer. Isomers may have different pharmacological or toxicological properties.

Ionized drags in solution may interact ionically with the ion of opposite charge to form flocullent coprecipitates or transparent complexes. In general, salts of acidic drags are incompatible with salts of weak bases.

pH of solution influences the percentage ionization of drag owing to its pKa. Weak acids will be the most soluble in solutions with a pH at least two units above their pKa (>99% ionized form). On the other hand, weak bases at two or more pH units below their pKas will be the most soluble. Precipitation of drug should be aware according to pH change. Furthermore, many drags are stable in a limit pH range, so the buffer system are used to maintain a certain pH in some drag products.

Excipients may be inorganic or organic in composition, synthetic or semi-synthetic, or derived from biological or natural sources. Many of them possess functional groups that can interact with other materials. It may be possible on occasion to exploit such attributes to stabilize unstable materials (2), but more usually interactions lead to loss of quality.

Soluble and ionizable excipients can generate counter that interact with ionizable drag substances leading to the formation of insoluble drug-excipient products. Bentonite (negatively charged) and attapulgite (positive) are examples of materials of mineral origin that carry electrical charges leading to interaction with drags of opposite charge. Such interactions are usually rapid and readily apparent in liquid systems.

Direct drug-excipient interactions seem to be most prevalent when the interacting species are water soluble and in liquid systems. However, adsorbed moisture may promote greater molecular flexibility and consequent facilitation of interactions in solid state systems. Solution interaction studies may have some predictive capability because of such possibilities. For example, polyvinylpyrrolidone (PVP or povidone) can interact with compounds containing hydrogen-donating functional groups (3,4).

The adsorption of drag molecules onto the surface of excipients can reduce drag particle size and increase the surface area of drag available to the dissolution medium. However, if forces of attraction are high, desorption may be retarded and absorption compromised (5,6). Adsorption of finely divided excipients on to active ingredients can also occur and, if such excipients are hydrophobic, dissolution rate and bioavailability may be retarded.

Complexing agents interact, usually reversibly, with a drug to form a complex (2). When in the complex, the drug is not free to dissolve, because it must first dissociate from the complex. In many instances, the drag complex will dissociate upon coming into contact with gastrointestinal fluids, releasing the drag substance, which can than be absorbed across the gastrointestinal membranes.

Excipients are not exquisitely pure. Residues invariably remain after isolation. Low levels of residue can have a greater impact than might be expected, however - particularly where the ratio of excipient to drag is high, or where the residue has low molecular weight or acts as a catalyst. This is particularly true where an interaction product may pose safety questions and needs to be qualified by toxicology studies.

Also, the presence of pH-modifying residues can accelerate hydrolytic degradation or have more esoteric effects. Residues that modify pH may lead to free base or acid formation during long-term storage. Such products may be volatile and lost by sublimation from the dosage form. This “disappearance” without concomitant formation of degradation products can be mysjpgying and requires much time and effort to elucidate.

Some substances have shown that process operations such as grinding and drying can release bound water, which is then “free” to participate in hydrolytic reactions (7-8). Such process stresses can also be expected to loosen bound water in excipients, which may then degrade moisture sensitive drags with which they are formulated. Compression, attrition or other crystal disrupting stresses may be the catalyst for interaction but these are rarely mentioned as meriting investigation.

REACTIONS WITH RESIDUES OR IMPURITIES

The presence of a residue with interaction capability does not necessarily mean that degradation follows, or does so to any significant extent. The conditions, physical form and environment for interaction may not be appropriate. However, if residues are volatile, liquid or otherwise “mobile”, possibilities for destabilization cannot be discounted and warrant investigation.

Understanding the chemical and physical nature of excipients, the impurities or residues associated with them and how they may interact with other materials, or with each other, forewarns the pharmaceutical technologist of possibilities for undesirable developments.

All incompatibilities may take place in a visual or hidden manner. Visual or visible incompatibilities usually result from inadequate solubility, viscosity changes, color change, turbidity, etc. The hidden incompatibilities which are not visible apparent may be difficult in detection. Drug-excipient interactions may take a long time to be manifested in conventional stability testing programmes, and are not always predicted by stress and preformulation studies. They can complicate and compromise a development programme or the viability of a commereial product.

It is possible to reduce the probability of such undesirable effects by allying knowledge of the propensity of a drag to undergo degradation reactions with an awareness of excipient reactivity and of the residues that they may contain. Such awareness may help to anticipate undesirable interactions and avoid their occurrence.