Should Diagnostic Hysteroscopy be a Routine Procedure During Diagnostic Laparoscopy in Infertile Women?

The aim of this study was to clarify the role of simultaneous combined diagnostic approach using laparoscopy and hysteroscopy in the evaluation of female infertility. 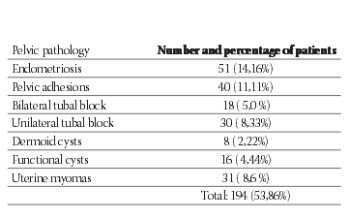